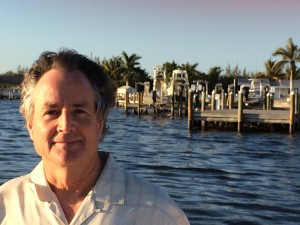 Mike Shevlin has been buying and selling       property on Pine Island since 1977 — that’s     nearly four decades of island knowledge and   expertise that you won’t find with anyone else.

Mike has been buying and selling real estate in   Lee County since 1975 but his first Pine Island   property was his own first home: a tiny cabin   next to a Calusa Indian mound in the   Pineland/Bokeelia area of the Island (his wife   lovingly referred to it as a ‘shack’). As his family   grew, he bought four acres on the island and   built a new home where he and Joan raised their three children.

In 1981, Mike became a Pine Island realty agent and in 1985 became a licensed broker, establishing his first real estate firm on the island — Islands Realty — in Matlacha’s first pink building. (He swears it was supposed to be Mojave red and, though his mother-in-law once offered to paint it a new color if he would only supply the paint, that pink building remains a part of Matlacha’s unique charm. You can see it today near the Matlacha Wellness Center owned by his son Tim).

In 2000, Mike sold Islands Realty to Century 21 Sunbelt Realty and established Team Shevlin under the Sunbelt banner in 2001. That year, he was also named the No. 1 agent across Century 21’s Florida offices and was ranked in the top 25 nationally. In 2011 and 2012, Pine Island residents chose him as the island’s Best Real Estate agent.Over his decades as the island’s top-selling agent, Mike has witnessed first-hand the changes here — for the better — as people have fallen in love with, and protected, Pine Island’s laid-back, old-Florida identity. In fact, he was instrumental in establishing the Museum of the Islands in its current home near Pine Island Center.

Today, the Island includes five distinct communities — Bokeelia, Greater Pine Island, St. James City, Pineland and Matlacha — that have their own individual characters. Mike Shevlin is the Realtor who knows them all.